Winning the attention of your prospects and customers 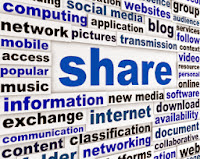 Jerry Kroth wrote a Thanksgiving message and I can’t get it out of my head. Dr. Kroth is a retired Counseling Psychology professor from Santa Clara University. Besides being a very competent teacher, he has a flare for writing, and has indulged his interest by publishing 15 nonfiction books since 1980 that Amazon considers still in print and available.

As a lecturer he might have been able to reach from 20 to as many as 300 students in each session, but being a published author gave him a potential worldwide audience. Then about four years ago, Jerry discovered the power of YouTube, and began creating video podcasts to expand on the ideas in his books, tailoring them to an audience who either doesn’t read, or just doesn’t want to take the time. Although past offerings were viewed by less than 1,000 people, his latest YouTube offering, The JFK Assassination: What Really Happened now boasts over 200,000 viewers.

As Jerry, who is clearly surprised with the mass appeal of his message, wrote in an email to family and friends, “I realized that more people watched my one hour long video about the JFK assassination, than ALL the students I ever taught at my university in over 37 years of teaching. Can you imagine that! So I am sort of quietly celebrating something in the quiet of my own office. I'm 72, and I see 200,000 viewers, and I kind of wonder what it all means.”

I think Jerry’s experience of having a piece of work go “viral” is a heady thing. No doubt the topic, and the timeliness of the publication of the video and the book contributed to its broad appeal.  It is hard to realistically aspire to audiences of 200,000 without significant self-promotion, unless you have those kinds of factors working for you. But there are a few things business writers and creators of content can do to increase the rate as which audience members “share” with their friends, and to do a better job of winning audience attention for their message:

1.       Come up with a great story to tell. Storytelling as a marketing device is nothing new. There are marketing pros that are known for their mastery of this business art form, such as Nancy Duarte  and Michael Margolis. Some people object, saying that their message doesn’t lend itself to storytelling. But I maintain that it is a surefire way to engage with the reader (and the target) of your content. So make the effort.

2.       Master the format the audience prefers. If you look at Jerry’s video, you will find it well produced. Even though it is based on content from his latest book, Coup d'etat: The assassination of President John F. Kennedy, I have a bet with my wife that Jerry has not sold 200,000 copies of his book. Rather, I believe it is the video that has captured the imagination of the public, partially because of the accessibility of the medium. It is convenient to watch, and well produced. If you know your audience, you’ll shape your format to their preferences.

3.       Make sure your content has what I call a “you see Timmy…” moment. Like many of my generation, I was an avid fan of the TV show, Lassie, when I was a kid. You may remember if you’re old enough, the TV show with a Collie as the star. Timmy was the small boy of the household. Each episode had Lassie performing some feat based on innate animal wisdom that frequently confused Timmy. The last five minutes of the show frequently featured a heart-to-heart with Dad, when he explained the WHY of Lassie’s actions.

I believe for most content to be widely accepted and shared, it needs to make a point, a recommendation, or an assertion. It can’t be just about reportage. I believe you must offer a new insight or pose a thought provoking hypothesis. Take a stand in your message.

There is so much content being thrown at people these days. The Internet has removed the high cost of reaching large numbers of potential customers, and people are making instant decisions about what to read (or view) and what to ignore. Win their attention by focusing on: 1) a great story; 2) audience friendly content; 3) and a message with a point of view.

Posted by Thomas Pencek at 3:19 PM